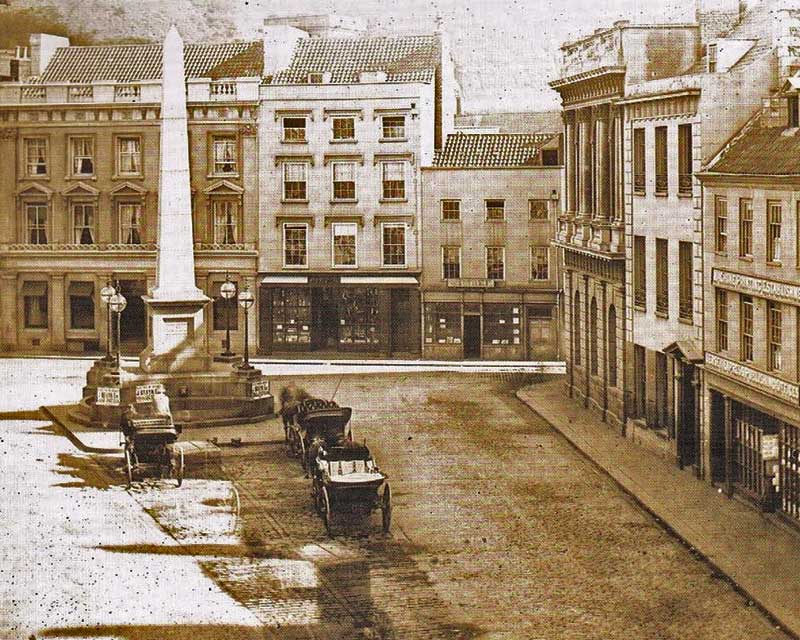 The street in 1875 photographed by Ernest Baudoux

Broad Street, formerly La Grande Rue, and also Rue Egypte, was for a long time St Helier's principal road, leading from the edge of the town at Charing Cross to the Royal Square, or Market Square as it was previously known.

It was a very wide street, increasing in breadth from the Charing Cross end to its junction with New Cut, Library Place and Conway Street, although the eastern end was split into two with the erection of a granite obelisk in memory of one of the parish's most successful and best-loved Constables, Pierre Le Sueur, after his death in 1853. Le Sueur had lived in a house overlooking the site of his obelisk, which commentators at the time condemned as 'irredeemably ugly'. 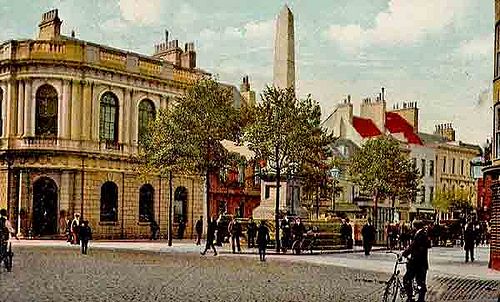 The Le Sueur Obelisk makes the centrepiece of the cobbled street at the turn of the 19th century. Today the trees are much larger and hide the obelisk from our view, an extensive area has been paved and pedestrianised and there is a café behind the obelisk

In its early days the row of houses on the south were the limit of the town in that direction, with a wall behind protecting these properties from the sea. Remnants of that wall still remain but the sea has been progressively forced back by successive land reclamation.

This side of the street now consists largely of financial institutions. On the opposite side there are shops, but many just have a back entrance, with the frontage on what is now the much more fashionable King Street. But roles have reversed, because when Broad Street was La Grande Rue, King Street was a backstreet, literally La Rue de Derrière.

Broad Street was St Helier's first shopping area, although this came fairly late, because until the influx of English immigrants caused a rapid growth in the town early in the 19th century, most of the inhabitants were very poor and did whatever shopping they could afford in the weekly market. Jersey was not a nation of shopkeepers, and has never really been, with many of the retail establishments started by immigrants from France and England.

We have two pages of histories of Broad Street premises from the 1830s to the present day. Each follows a route down one side of the street, with odd-numbered properties to the south and even-numbered to the north, starting at the eastern end where Broad Street meets Library Place, a much narrower street leading to the Royal Square. 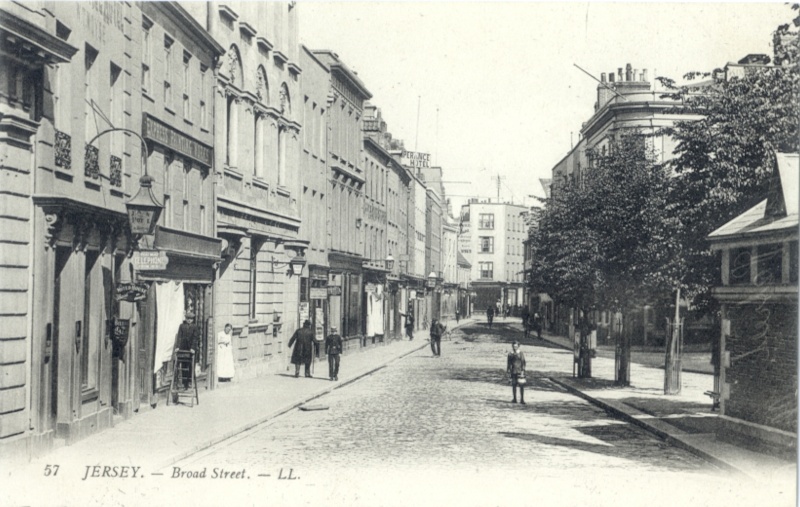 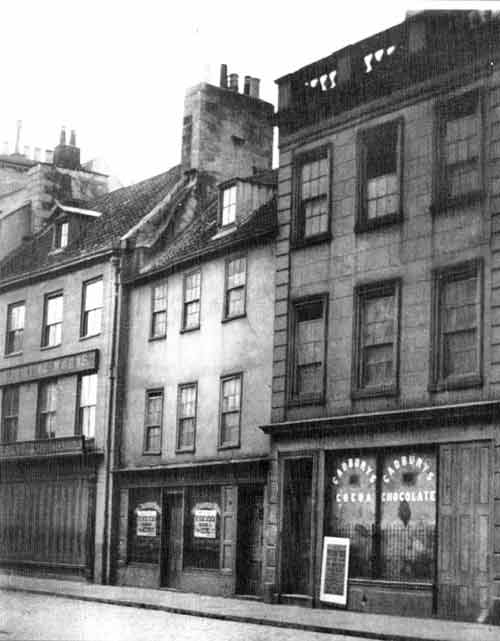 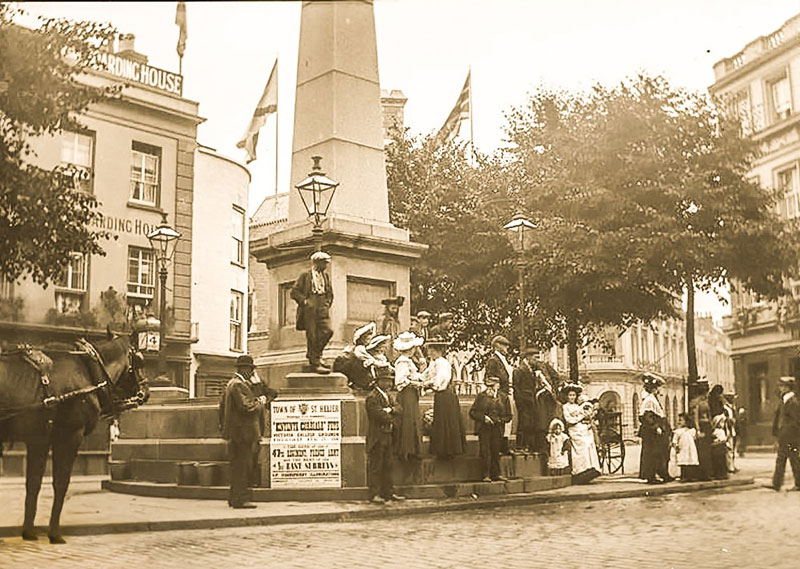 This picture was originally dated to 1877-78. The poster in front of the Le Sueur Monument is advertising a Town of St Helier Entente Cordiale Fete in the grounds of Victoria College. It has proved very difficult to read, but '47th Regiment' can be made out, which was taken to mean that the 47th Lancashire Fusiliers were present in the island as the garrison regiment, and they were here between those dates. The poster also mentions the East Surreys, and although they are not known to have been garrisoned in Jersey at this time, it was thought possible that their band, along with that of the Fusiliers, was an attraction at the fete. However, it later became apparent that the 47th regiment was a reference to a visiting French military band and that the picture was much later, taken in the first decade of the 20th century when the East Surreys were the garrison regiment. This fits much better with the concept of entente cordiale which followed a series of agreements between Britain and France in 1904. The East Surreys arrived in Jersey the following year 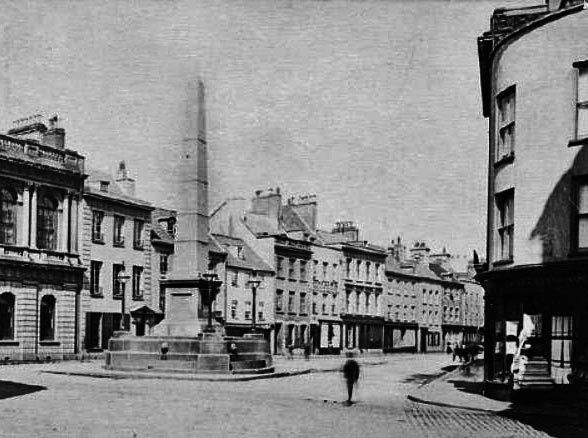 The British Hotel decorated in 1921
Retrieved from "https://www.theislandwiki.org/index.php/Broad_Street"