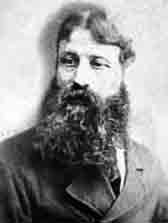 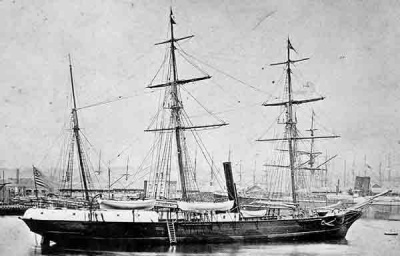 William George Battam (1844-1922) was born in St Helier Jersey on 24 July 1844 to John and Elizabeth Battam, nee Le Montais). His father was one of the oldest known harbour pilots.

William sailed the world four times, from the start of his career as a nine-year-old cabin boy on an old wind jammer until his retirement from seafaring in 1891. He served on many renowned vessels including the brigantine Quiz, the Victoria, (belonging to the P&O line) the Royal Albert and Victoria Yacht, Lord Dunraven’s Yacht and Lord Brassey’s famous Sunbeam, but always maintained that the Arctic exploration on the Pandora had been the most challenging of his distinguished career. After his retirement he settled in Southampton (Eastleigh) where he set up a laundry buisness with his second wife, Eliza. He died on September 17th 1922 aged 78.

The Pandora was a wooden steamship built in 1861 at Pembroke Dockyard, England. After her usefulness as a navy gunboat came to an end she was sold to Sir Allen Young in 1875 so he could use her for his two famous Arctic voyages.