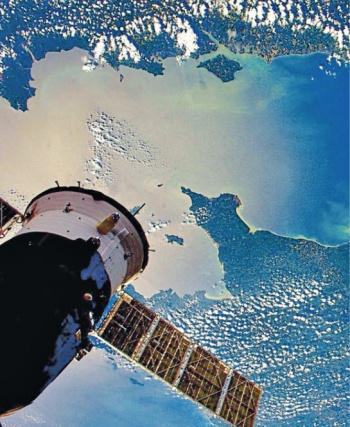 Jersey is the island in the centre of this picture, taken from the International Space Station in 2017. The Cotentin Peninsula of Normandy can be seen to the right, with the English Channel and south coast of England above 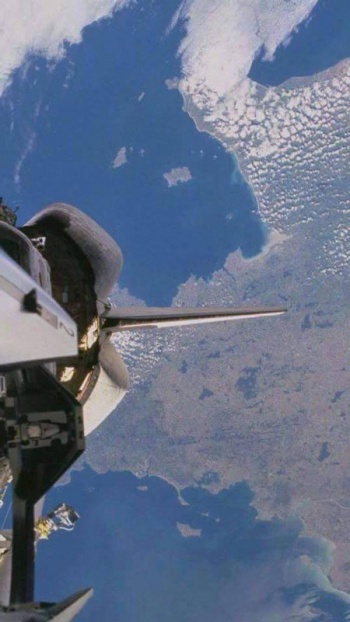 Another view of Jersey from space, this time from the shuttle

Jersey is an island measuring 118.2 square kilometres, including reclaimed land. It lies in the English Channel, approximately 14 miles (22 km) from the Cotentin Peninsula in Normandy, France, and approximately 100 miles (161 km) south of England. It is the largest and southernmost of the Channel Islands. The maximum land elevation is 143m (469 ft) above sea level.

The climate is temperate with mild winters and warm summers. The average annual temperature, 11.6°C (52.9°F) is similar to the South Coast of England and the mean annual total sunshine is 1912 hours. The terrain consists of a plateau sloping from long sandy bays in the south to rugged cliffs in the north. The plateau is cut by valleys running generally north to south.

The wider Bailiwick of Jersey includes two groups of small islands which are not permanently inhabited, the Minquiers and Ecréhous.

Jersey is geographically part of the British Isles, but is not part of the United Kingdom or Great Britain. It has been a possession of the English Crown since 1204 and is now largely self-governing. 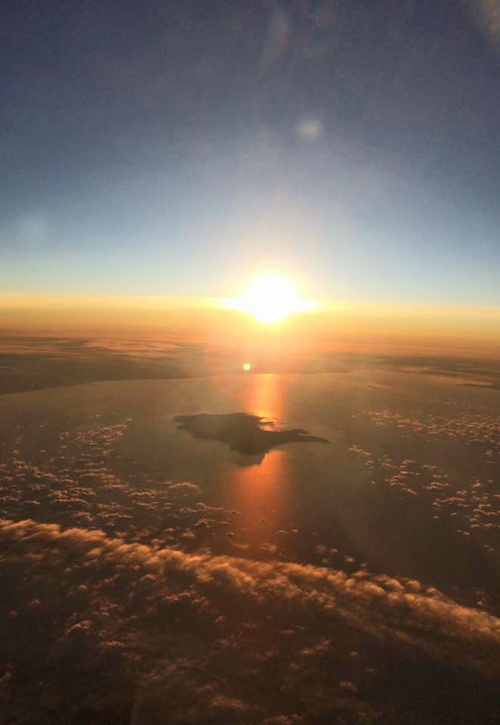 Sunrise over Jersey from 35,000 feet on 3 December 2019
Retrieved from "http://theislandwiki.org/index.php/Jersey"