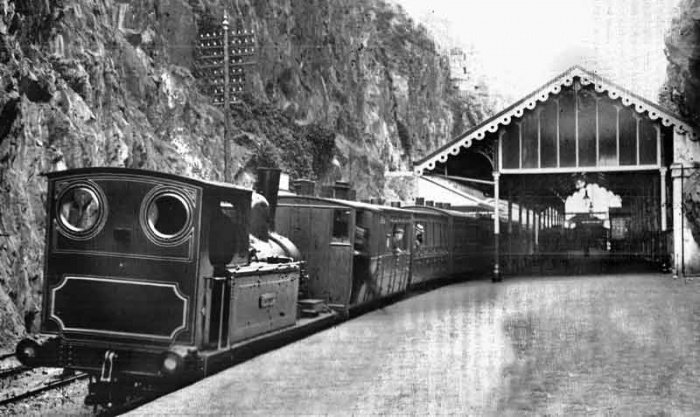 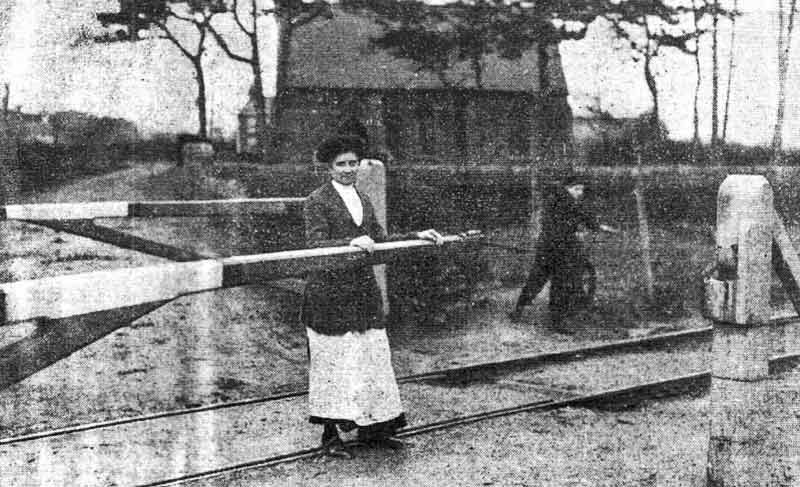 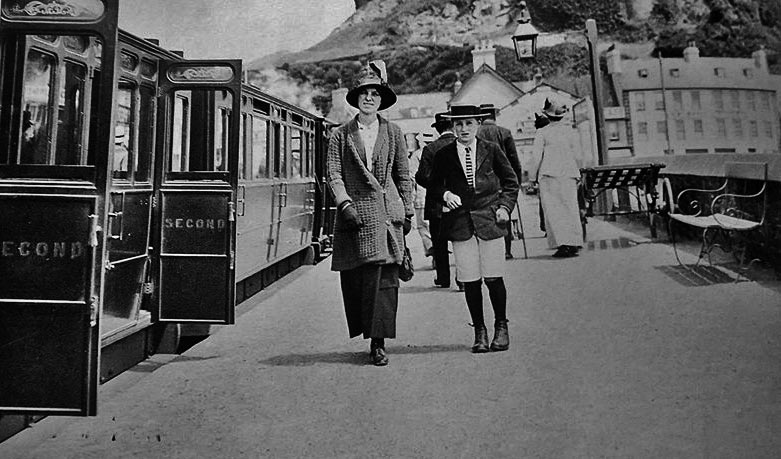 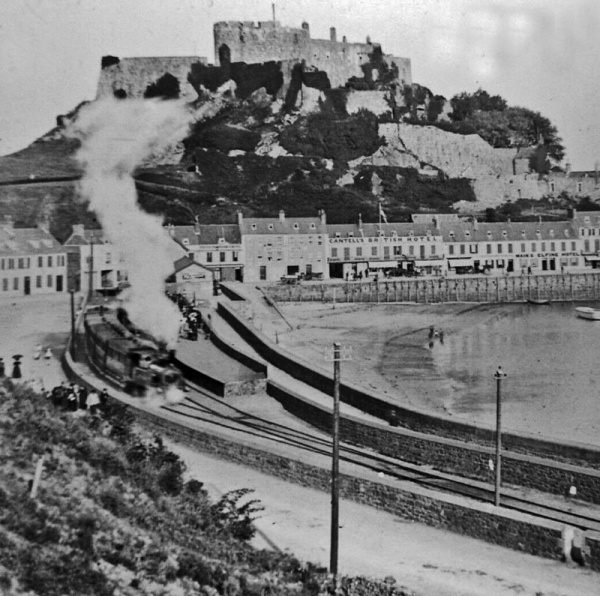 Full steam ahead as a train leaves Gorey Pier Station 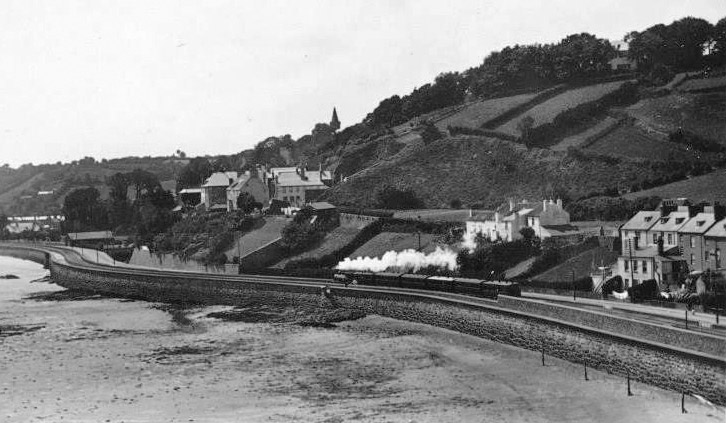 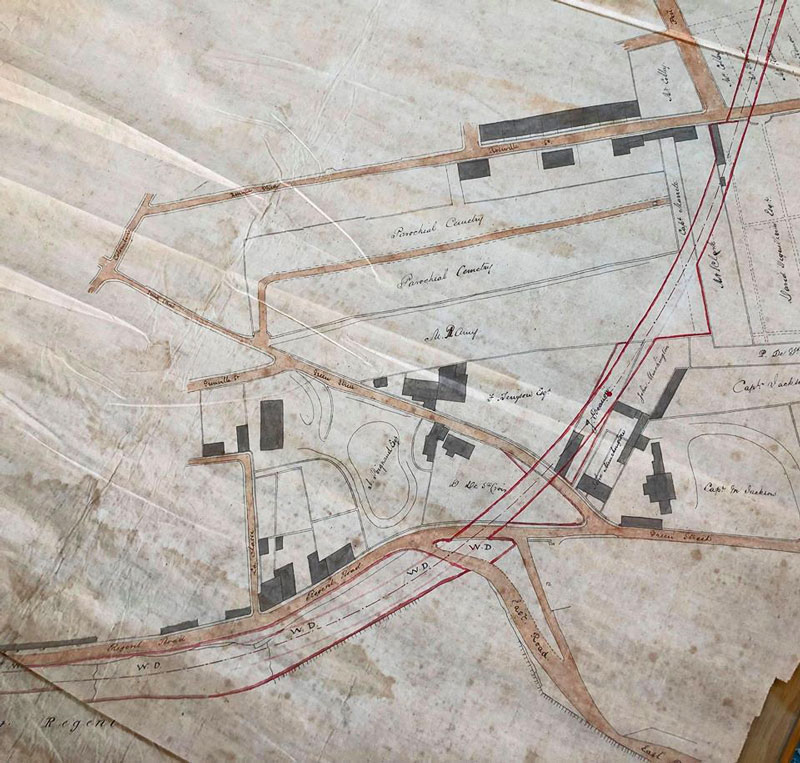 A plan showing a railway tunnel under Fort Regent, in roughly the same place that a road tunnel was constructed in the 1960s. The date of the plan is unknown. It may have been drawn up before the railway was started, and would have indicated the intention to continue the line to link up with the already existing railway from St Helier to St Aubin, but there are no records of such an intention at that time. Alternatively the plan may have been drawn up in 1928, when the financially troubled eastern railway tried, in vain, for a merger with the western company

Map of the Jersey Eastern Railway

This map shows the full route of the railway, including the extension from Gorey to St Catherine, which was part of the original plan, but abandoned. The continuation of the line from Gorey Harbour, shown on the map, suggests that the plan had been to construct a tunnel under Mont Orgueil Castle, with the line then following the coast through Anne Port, past La Crete and Archirondel towards what was intended to be a major harbour at St Catherine.

This selection of photographs, mainly of the Jersey Eastern Railway, was added to the site in 2021 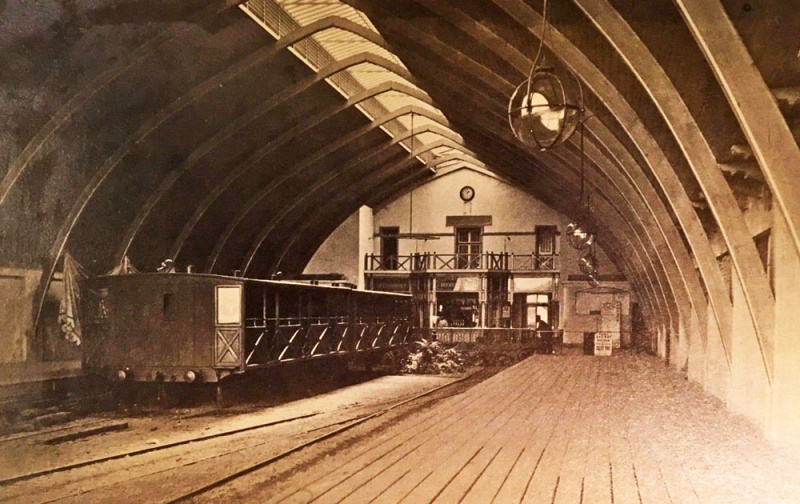 This picture of the inside of the St Aubin terminus is dated 1890 [We now believe it to be more like 1880 - Ed], when the railway was at its peak. But the building looks strangely deserted and unused. Perhaps it was just a quiet moment, The carriage on the left does not appear to be on a track - was it being used as a waiting room? Contrast this view with the picture below of the terminus looking its best 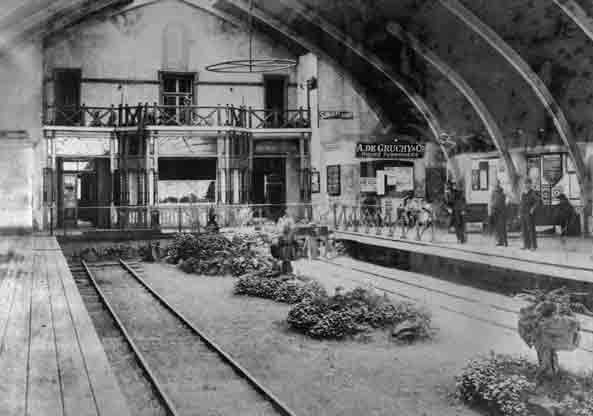 This picture of St Aubin shows a train crossing in front of the terminus station on its way to the tunnel and beyond, the track to La Corbiere. We don't think we have seen another picture capturing the moment when a train traversed the stretch of line in front of the terminus. We have tried hard to date the picture, but without success so far.

New pictures of the Western Railway not previously published online 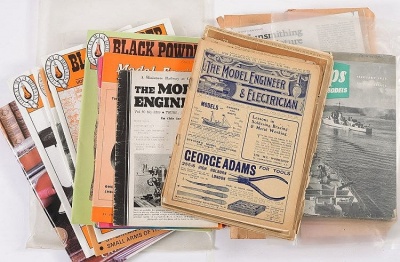 Model Engineer and Electrician is probably the last place one would expect to find previously unknown pictures of Jersey's railways. As far as we know, these three images have not been published elsewhere since they appeared in the modellers' magazine in 1914. The first is a straightforward picture of Seven Oaks Bridge, where Mont Les Vaux crossed the track. The middle picture shows the traverser inside the St Helier terminus, and the bottom image, unfortunately of rather poor quality, shows the level crossing at Don Bridge. It was one of very few lifting-barrier crossings on the island's railways. Most crossings, of which there were many, were gated, and there are not many photos of them. 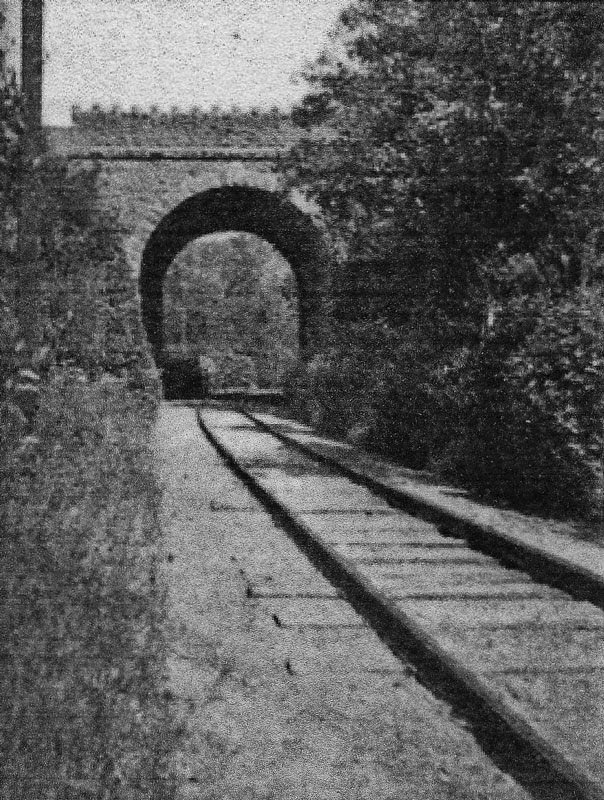 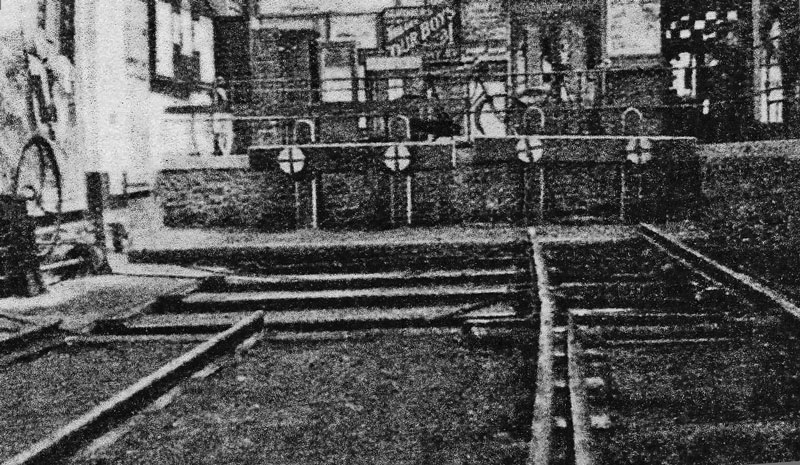 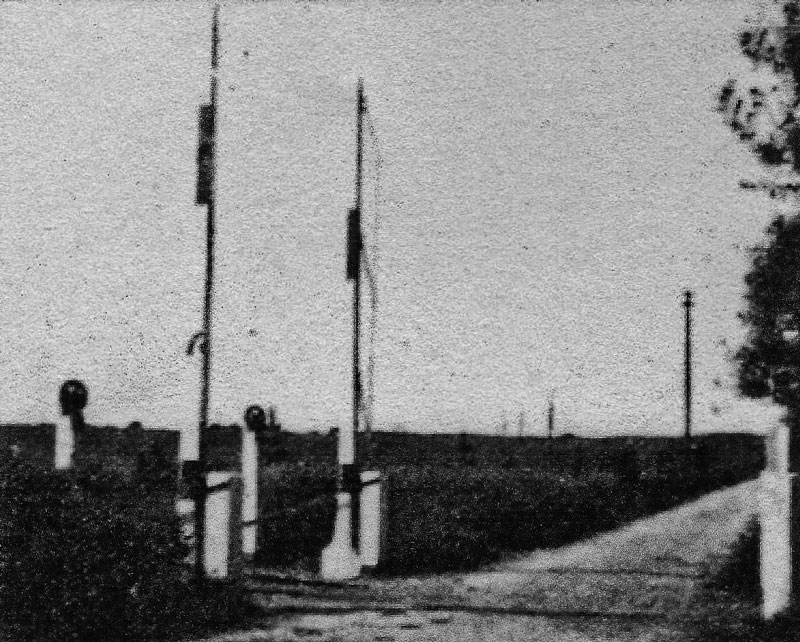 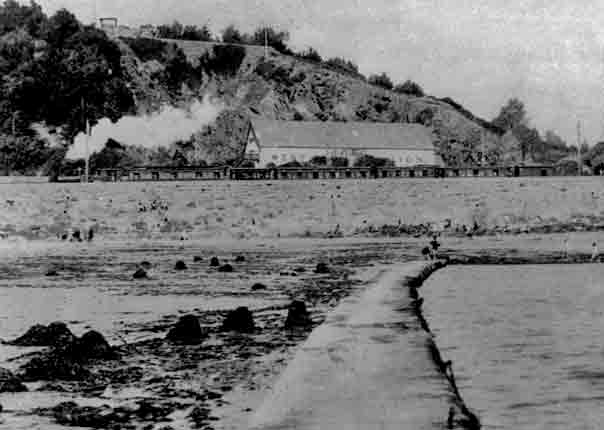 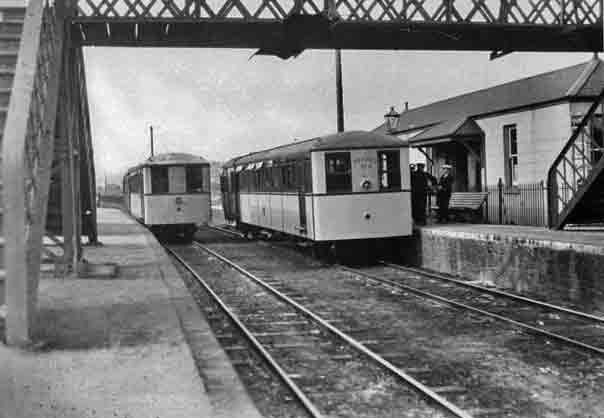 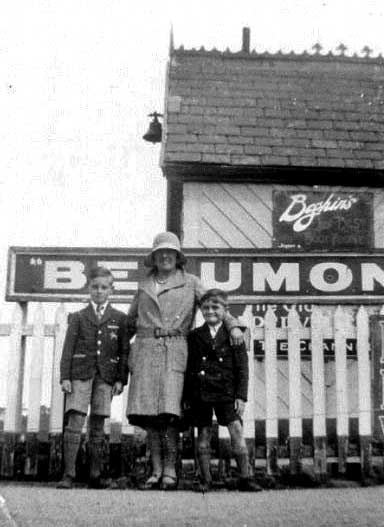 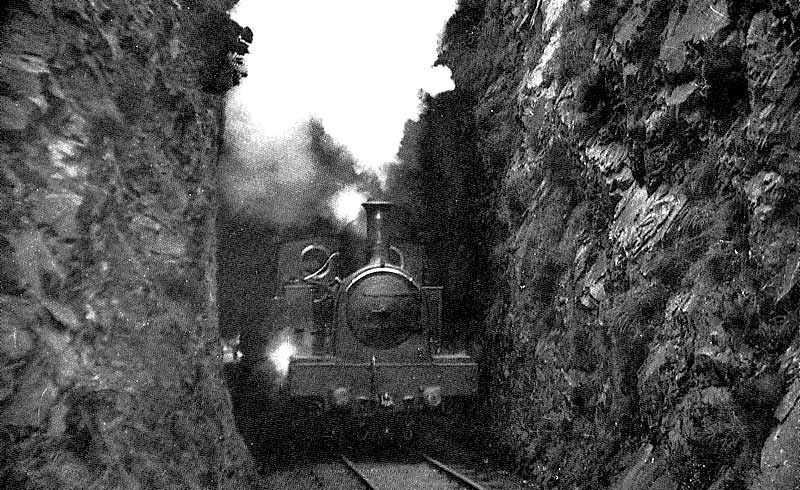 A train emerges from the tunnel

Corbiere Station in the 1910s 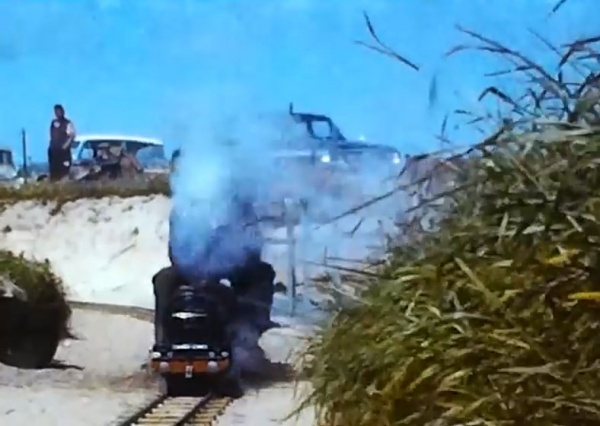 A miniature train ran in a disused sandpit in St Ouen's Bay in 1964
Retrieved from "https://www.theislandwiki.org/index.php/Railway_picture_gallery"